What to say to an “Alternate Ageist”

What to say to an “Alternate Ageist”

But if you don’t know what an “Alternate Ageist” is, how will you know if you meet one, let alone “engage” one? 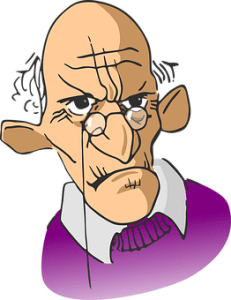 With the administration of #45 now 100 days in office, alternate facts, alternate truths, alternate realities, etc. are in vogue – so I’m using “Alternate Ageist” in that quasi-political context to mean someone who denies or is ignorant of the existence of Ageism itself.

That denial or ignorance can be compounded by not including ourselves in that benighted group – as the 10 point list below may demonstrate. Simply put, how many of these points have we each believed to be true…or worse, reasonable? Do we know what to say when confronted with these seemingly “truthy” (thank you, Stephen Colbert!) remarks we may hear from those around us.

Recently that great friend, Ashton Applewhite, who like us is also growing older, reprinted on her website (thischairrocks.com):Ten myths about ageing and health, as ranked by the World Health Organization. How many of these “arguments” would have buffaloed you if confronted by an “Alternate Ageist”?

It’s a longish article but can be quite an education, both for us and for those we talk to: https://thischairrocks.com/2017/03/03/ten-myths-about-ageing-and-health-ranked-by-the-world-health-organization/

Your reactions, responses, protestations, etc. would be most welcome!