We’re already a few months into this Ageism/Ageist/Ageing project!

We’ve never yet really defined how we use them – not and not in our pages in Facebook or Google+.
And they need some definition, judging by the looks we get when we mention them in conversation.

Being rather deeply immersed in the subject, we do use the words and are consistent in what WE mean!  So, just so we are all on the same page, let’s look a bit closer.
Fortunately we don’t have to reinvent this wheel as someone we admire has already done that.
But first we do have to explain our spelling.
Often in the U.S. we see the spelling “Agist” –  which we don’t like partly as the important root of “age” is left out.
And also partly because “agist” is an old term that means to feed and house someone else’s livestock for money, as in (thanks to the Oxford Living Dictionary): “The dairy farmer might wish to agist lambs after the cows are housed for the winter.”
Not the appropriate associations, agreed?  Likewise with Agism and Aging as those spellings also leave out “age”.
And one more reason: We prefer Ageism, Ageist and Ageing because those are the “proper” spellings in the U.K and that’s what English speakers in Europe and elsewhere would expect.
Yes, Heidi and I live in Italy and we know that old England still rules the English language here.
So, getting past feeding livestock…

…let’s move on to what the words actually mean.
Ashton Applewhite has been involved in this Age business for some time now and has narrowed these concepts down to a manageable size.  In her blog at: thischairrocks.com she says Ageism is…

“…stereotyping and discrimination on the basis of a person’s age. We experience it any time someone assumes that we’re “too old” for something—a task, a haircut, a relationship—instead of finding out who we are and what we’re capable of. Or “too young;” ageism cuts both ways, although in a youth-obsessed society olders bear the brunt of it.”

She continues with some of the consequences of ageism…

“Like racism and sexism, ageism serves a social and economic purpose: to legitimize and sustain inequalities between groups. It’s not about how we look. It’s about how people in power assign meaning to how we look.

“Stereotyping—the assumption that all members of a group are the same—underlies ageism (as it does all “isms”). Stereotyping is always a mistake, but especially when it comes to age, because…the older we get, the more different from one another we become.” 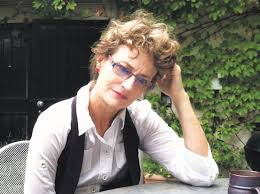 “Attitudes about age—as well as race and gender—start to form in early childhood. Over a lifetime they harden into a set of truths: “just the way it is.” Unless we challenge ageist stereotypes—Old people are incompetent. Wrinkles are ugly. It’s sad to be old—we feel shame and embarrassment instead of taking pride in the accomplishment of aging. That’s internalized ageism.

“By blinding us to the benefits of aging and heightening our fears, ageism makes growing older far harder than it has to be. It damages our sense of self, segregates us, diminishes our prospects, and actually shortens lives.”

We could add more details but there you have it.  From the above, we can say that an “ageist” is someone who consciously or unconsciously thinks, speaks or acts according to those stereotypes.  We must include ourselves here as we too have undoubtedly absorbed cultural norms about what getting older or what “acting our age” means.

Finally, the very term “ageing” is simply the process of living one day longer every 24 hours – and it begins at birth!
Of course in some contexts these terms can mean something more specific – which is fine as long as everyone understands those contexts.  But would one ordinarily see the transition from child into adolescent as “ageing”?  Some slopes are slipperier than others!

Did you note above that Ashton wrote “aging” without that precious “e” but no matter how you spell it, it’s what you mean by it that counts.

Here a list of words associated with Ageism from Thesaurus.com (http://www.thesaurus.com/browse/ageism):