Ageing is a taboo topic – why?

Home/Blog Posts, Integral Aging, Videos/Ageing is a taboo topic – why?
Previous Next

Ageing is a taboo topic – why?

AGEING is a taboo topic – probably because it is connected with DEATH – and everyone fears death and tries to avoid it. Well, we all know that we cannot avoid death, this is the only certainty we have in life, but we don’t want to be reminded that our time on earth is limited.

Collectively we live in fear of death and hope in magical thinking that it won’t visit us if we don’t speak about it – with the result that the FEAR increases into excessive levels.

What if we knew that dying is a great experience? Love and light is expecting us and we will literally “come home”? There is a lot of evidence that our death will be an incredible experience.

Below I will post some videos regarding death and dying:

The first talks about a study done with family or professional caregivers assisting dying people. They report what happens around the dying person around the time of their transition. Phenomena which the rational scientific mind denies to exist. But they obviously do. An interesting talk, many facts but also somehow entertaining.

Peter Fenwick: Toward a science for death related phenomenon and consciousness

The next video is from the ongoing live show “The Death Chicks”. Our dear friends Myste Lynn and Betty Burgess are spreading the word that death is nothing to be feared – but more often than not a (literally) life-changing experience.

In this Video they speak with Dave Kane, a father who has lost his son of  18, and, despite of the huge grief, he realized that he was – and is – still in close contact with him who is now on the other side. From there the son is reassuring the father that he is fine where he is.

Embracing death allows us to live fully into old age 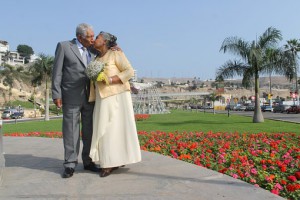 We all age and we all die. Conscious ageing allows us to prepare for the older years in a different way and to chose the settings which are best for us. Being conscious of who we are and what is going on for us will allow us to grow constantly, be open minded and to loose all counterproductive fear. And we will be able to ENJOY our lives in depth instead of being caught in denial, distraction and fear