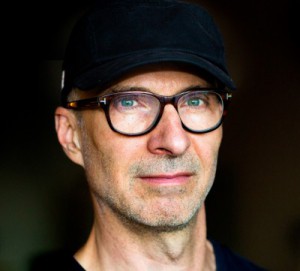 Heidi and I interviewed the high end fashion and advertising photographer, David Harry Stewart, as part of our “Conscious Ageing” series that you can find on our website, thewisdomfactory.net.

I, if not Heidi, approached the conversation with some trepidation because David is a very talented artist, which is a “genre” of person whom I’ve always held in a bit of awe, like another kind of creature in contrast to me.  So how would we relate personally?
Luckily, he turned promptly into a human who was very personable and seemed interested in who we were also.  Thus the talk flowed quite easily among the three of us so that as we got “into it” some insights emerged.  One of those I want to talk about.
As he was describing how he approaches his portraiture of his older subjects (a rather recent departure from what had been his usual high end fare) it became clear that he saw his “job” as revealing a side of the subject that he saw, but that even the subject perhaps did not see in themselves!

With his artist’s eye he saw strength where the subject might have been unsure of their powers.  He saw character where they had feared mediocrity.  He captured uniqueness where ordinariness had been usual.
Heidi described him as was an archeologist, digging up what even the subjects had buried under the usual burden of years.  She saw this as the work of a PHOTO-THERAPIST who, without directing the “client”, allowed the client to transcend their older self-story into a current but healthier, stronger and unique one more appropriate to the reality they were actually now inhabiting!
It was serendipitous to see photography in this way…and a testament to his ability to, as he admitted, to make people look more “cool” (in the best possible sense of that term) than they thought themselves to be.  And that is also what we try to do in our conversation with such special people as David, people who. perhaps unknowingly, have experience, knowledge and wisdom to share with the world.